All Posts
You are here: Home1 / All Posts2 / Featured3 / Spotlight: Dan Fuller 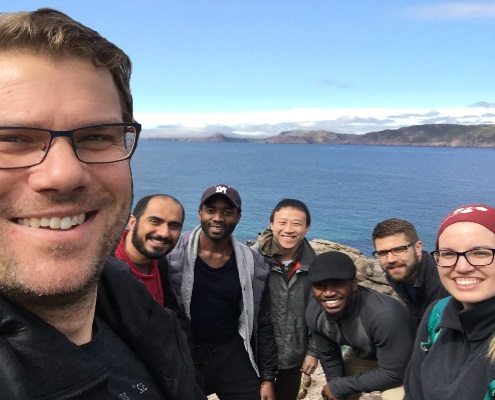 Dr. Daniel Fuller is a Canada Research Chair in Population Physical Activity and assistant professor in the School of Human Kinetics and Recreation at Memorial University. His research with CANUE is developing new Canadian indicators of urban sprawl, public transit accessibility, and active living environments.

With that ambitious goal, is a motivated team of student researchers to match. Hui (Henry) Luan, Kassia Orychock, Javad Rahimipour Anaraki, and Melissa Tobin work alongside Dr. Fuller, to contribute to CANUE’s vision of increasing scientific understanding of the interactions among the physical features of the urban environment and health.

“Our research is developing new, standardized, Canada-wide measures for urban environments. We are working with many Canadian researchers who are contributing their expertise to this large national initiative.”

Along with Dr. Michael Widener at the University of Toronto, we are also developing measures of food accessibility, and beginning discussions to develop measures of gentrification.