All Posts
You are here: Home1 / All Posts 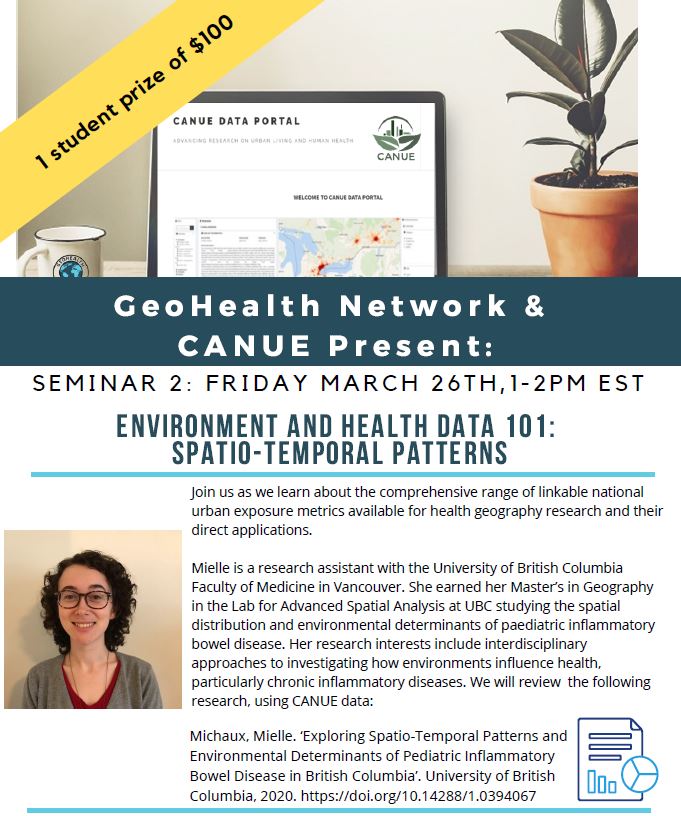 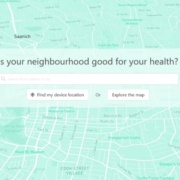 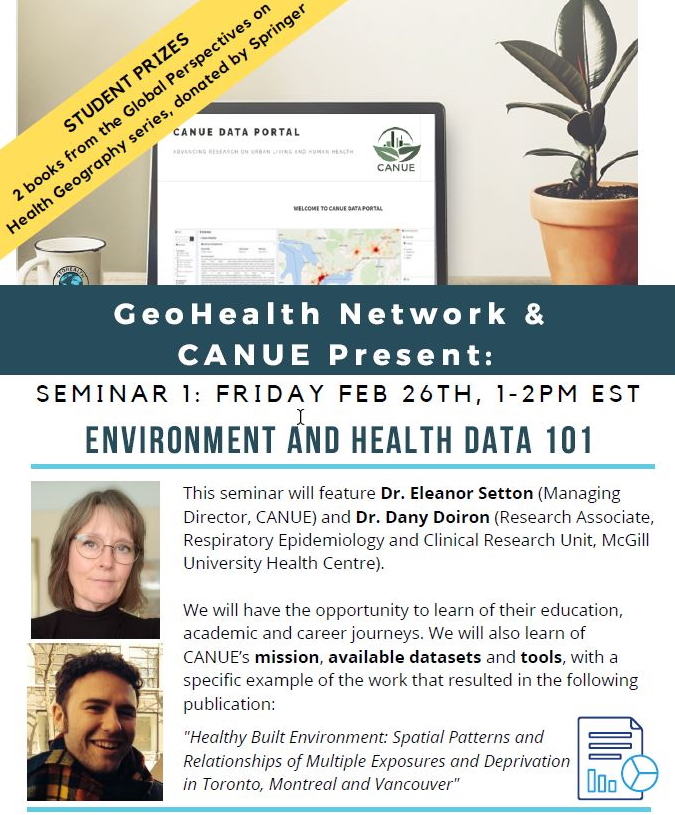 Longitudinal impact of changes in the residential built environment on physical activity: findings from the ENABLE London cohort study.

Background: Previous research has reported associations between features of the residential built environment and physical activity but these studies have mainly been cross-sectional, limiting inference. This paper examines whether changes in a range of residential built environment features are associated with changes in measures of physical activity in adults. It also explores whether observed effects are moderated by socio-economic status.

Methods: Data from the Examining Neighbourhood Activity in Built Living Environments in London (ENABLE London) study were used. A cohort of 1278 adults seeking to move into social, intermediate, and market-rent East Village accommodation was recruited in 2013-2015, and followed up after 2 years. Accelerometer-derived steps (primary outcome), and GIS-derived measures of residential walkability, park proximity and public transport accessibility were obtained both at baseline and follow-up. Daily steps at follow-up were regressed on daily steps at baseline, change in built environment exposures and confounding variables using multilevel linear regression to assess if changes in neighbourhood walkability, park proximity and public transport accessibility were associated with changes in daily steps. We also explored whether observed effects were moderated by housing tenure as a marker of socio-economic status.

Conclusion: Targeted changes in the residential built environment may result in increases in physical activity levels. However, the effect of improved accessibility to public transport may not be equitable, showing greater benefit to the more advantaged.

Association of the Built Environment With Childhood Psychosocial Stress.

Importance: Emerging research suggests that factors associated with the built environment, including artificial light, air pollution, and noise, may adversely affect children’s mental health, while living near green space may reduce stress. Little is known about the combined roles of these factors on children’s stress.

Objective: To investigate associations between components of the built environment with personal and home characteristics in a large cohort of children who were assessed for perceived stress.

Design, setting, and participants: In this cohort study, a total of 2290 Southern California Children’s Health Study participants residing in 8 densely populated urban communities responded to detailed questionnaires. Exposures of artificial light at night (ALAN) derived from satellite observations, near-roadway air pollution (NRP) determined from a dispersion model, noise estimated from the US Traffic Noise Model, and green space from satellite observations of the enhanced vegetation index were linked to each participant’s geocoded residence.

Main outcomes and measures: Children’s stress was assessed at ages 13 to 14 years and 15 to 16 years using the 4-item Perceived Stress Scale (PSS-4), scaled from 0 to 16, with higher scores indicating greater perceived stress. Measurements were conducted in 2010 and 2012, and data were analyzed from February 6 to August 24, 2019. Multivariate mixed-effects models were used to examine multiple exposures; modification and mediation analyses were also conducted.

Conclusions and relevance: In this cohort study, children’s exposure to smoke at home in addition to residential exposure to ALAN and near-roadway air pollution were associated with increased perceived stress among young adolescent children. These associations appeared to be partially mitigated by more residential green space. The findings may support the promotion of increased residential green spaces to reduce pollution associated with the built environment, with possible mental health benefits for children.

Background: Altering micro-scale features of neighborhoods (e.g., the presence and condition of benches, sidewalks, trees, crossing signals, walking paths) could be a relatively cost-effective method of creating environments that are conducive to physical activity. The Virtual Systematic Tool for Evaluating Pedestrian Streetscapes (Virtual-STEPS) was created to virtually audit the microscale environment of cities using Google Street View (GSV). The objective of this study was to evaluate the collective influence of items from the Virtual-STEPS tool on walking outcomes (utilitarian walking and walking for leisure), while accounting for self-selection of walkers into walking-friendly neighborhoods.

Methods: Adults (N = 1403) were recruited from Montreal and Toronto from neighborhoods stratified by their level of macro-scale walking-friendliness and walking rates. The micro-scale environment of 5% of street segments from the selected neighborhoods was audited using the Virtual-STEPS tool and a micro-scale environment score was assigned. The scores were then linked to each respondent from the survey. A multilevel logistic regression analysis was used to model the relationship between the micro-scale environment score and odds of both utilitarian walking (i.e., walking for purpose such as to go shopping or go to work or school) and walking for leisure for at least 150 min per week, while accounting for environmental and demographic covariates as well as self-selection.

Urban environment during early-life and blood pressure in young children.

Background: The urban environment is characterised by many exposures that may influence hypertension development from early life onwards, but there is no systematic evaluation of their impact on child blood pressure (BP).

Results: In multiple exposure models, higher child BP, in particular diastolic BP, was observed in association with higher exposure to air pollution, noise and ambient temperature during pregnancy, and with higher exposure to air pollution and higher building density during childhood (e.g., mean change [95% confidence interval] for an interquartile range increase in prenatal NO2 = 0.7 mmHg[0.3;1.2]). Lower BP was observed in association with higher temperature and better street connectivity during childhood (e.g., temperature = -1.1[-1.6;-0.6]). Some of these associations were not robust in the sensitivity analyses. Mother-child pairs were grouped into six urban environment exposure clusters. Compared to the cluster representing the least harmful urban environment, the two clusters representing the most harmful environment (high in air pollution, traffic, noise, and low in green space) were both associated with higher diastolic BP (1.3[0.1;2.6] and 1.5[0.5;2.5]).

Conclusion: This first large systematic study suggests that living in a harmful urban environment may impact BP regulation in children. These findings reinforce the importance of designing cities that promote healthy environments to reduce long-term risk of hypertension and other cardiovascular diseases.

Background: The built environment is a structural determinant of health and has been shown to influence health expenditures, behaviors, and outcomes. Traditional methods of assessing built environment characteristics are time-consuming and difficult to combine or compare. Google Street View (GSV) images represent a large, publicly available data source that can be used to create indicators of characteristics of the physical environment with machine learning techniques. The aim of this study is to use GSV images to measure the association of built environment features with health-related behaviors and outcomes at the census tract level.

Conclusions: Structural determinants of health such as the built environment can influence population health. Our study suggests that higher levels of urban development have mixed effects on health and adds further evidence that socioeconomic distress has adverse impacts on multiple physical and mental health outcomes.

Methodological Considerations for Epidemiological Studies of Air Pollution and the SARS and COVID-19 Coronavirus Outbreaks.

Background: Studies have reported that ambient air pollution is associated with an increased risk of developing or dying from coronavirus-2 (COVID-19). Methodological approaches to investigate the health impacts of air pollution on epidemics should differ from those used for chronic diseases, but the methods used in these studies have not been appraised critically.

Methods: Published and unpublished papers of associations between air pollution and developing or dying from COVID-19 or SARS that were reported as of 10 May 2020 were identified through electronic databases, internet searches, and other sources.

Results: All six COVID-19 studies and two of three SARS studies reported positive associations. Two were time series studies that estimated associations between daily changes in air pollution, one was a cohort that assessed associations between air pollution and the secondary spread of SARS, and six were ecological studies that used area-wide exposures and outcomes. Common shortcomings included possible cross-level bias in ecological studies, underreporting of health outcomes, using grouped data, the lack of highly spatially resolved air pollution measures, inadequate control for confounding and evaluation of effect modification, not accounting for regional variations in the timing of outbreaks’ temporal changes in at-risk populations, and not accounting for nonindependence of outcomes.

Discussion: Studies of air pollution and novel coronaviruses have relied mainly on ecological measures of exposures and outcomes and are susceptible to important sources of bias. Although longitudinal studies with individual-level data may be imperfect, they are needed to adequately address this topic. The complexities involved in these types of studies underscore the need for careful design and for peer review.

Do physical activity and sedentary time mediate the association of the perceived environment with BMI? The IPEN adult study.

The study’s main aim was to examine whether adults’ accelerometer-based physical activity and sedentary time mediated the associations of neighbourhood physical environmental perceptions with body mass index (BMI) and weight status across 10 high- and middle-income countries. Data from the IPEN Adult study, an observational multi-country study (n = 5712) were used. Results showed that sedentary time was a non-significant or inconsistent mediator in all models. MVPA mediated the associations of street connectivity, land use mix-diversity, infrastructure/safety for walking and aesthetics with BMI in single models. In the multiple model, MVPA only fully mediated the relation between land use mix-diversity and BMI. This finding was replicated in the models with weight status as outcome. MVPA partially mediated associations of composite environmental variables with weight status. So, although MVPA mediated some associations, future comprehensive studies are needed to determine other mechanisms that could explain the relation between the physical environment and weight outcomes. Food intake, food accessibility and the home environment may be important variables to consider. Based on the consistency of results across study sites, global advocacy for policies supporting more walkable neighbourhoods should seek to optimize land-use-mix when designing and re-designing cities or towns.